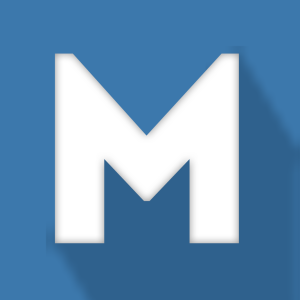 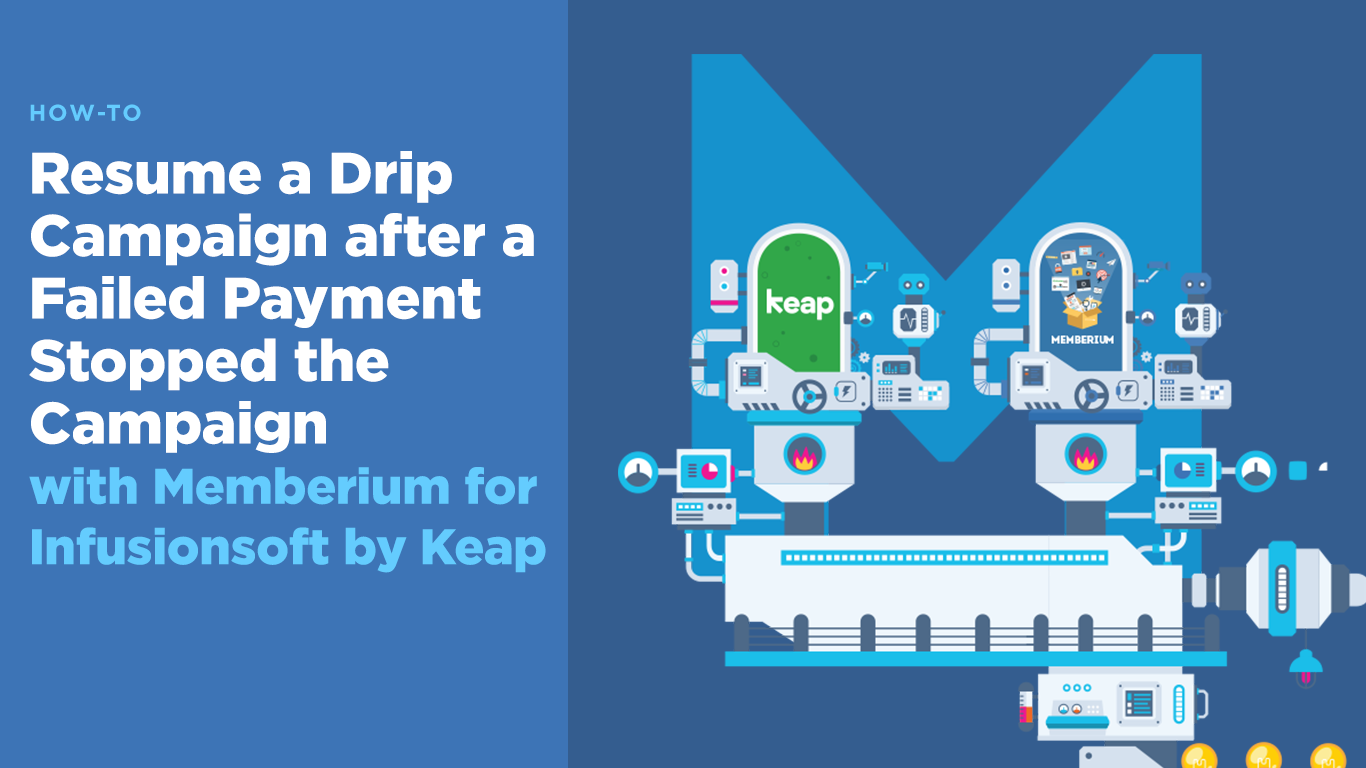 In this guide, we’ll walk you through how to resume a drip campaign where it was left once a Member updates their payment details after a payment already failed.

This guide assumes you already have a drip campaign in place. I’ll show you an example of a drip below. Please note that you can interchange Lesson with “Course”, “Module”, or what ever other level of content you’re dripping.

It’s common practice to apply a Memberium PAYF tag to a member when their payment fails. This prevents them from continuing to access premium content while also giving you the ability to automate reaching out to them to collect new payment details. The PAYF tag normally removes the member from any drip sequences/campaigns.

A normal drip campaign might look similar to the image below. You have a purchase tag that kicks things off followed by sequences for each stage of the drip.

In this example, each lesson is released one week apart. Inside the sequences, we apply that weeks access tag (a unique tag for each lesson), send an email notification, and then we wait for 7 days before releasing and moving on to the next lesson and sequence.

You’ll notice at the end of the sequence we have a tag goal that’s waiting for a Memberium PAYF tag to be applied. If that PAYF tag is applied, it pulls the user out of the drip campaign. This ensures members don’t keep getting tags and emails for content they won’t be able to access.

This setup works great especially when starting out. The issue you’ll run into though is what happens to users that were pulled out due to a failed payment and they’ve since fixed the payment issue?

We need a way to put these users back into the campaign at the same spot they previously were before their payment failed.

If you manage to recapture a member’s payment, first congratulations and second you now need a way to put them back into the drip sequence where they left off.

We can do this by adding some additional logic to the campaign.

1. Trigger an API Goal when Payment Details are Updated

Before we modify the campaign, it’s important to make sure you’re already using our shortcode [memb_add_creditcard]. This shortcode lets your users update their credit card details right on your site. More importantly, it lets you trigger actions in Infusionsoft when they make the update.

In our case, we want to trigger an API Goal so we’ll use the following shortcode on our site:

Now we’ll update the drip campaign as shown below. I’ll explain each part but I want you to see an overview to start.

You can see in the image above that we’ve added a rider to the top of the existing campaign.

This is all triggered by an API Goal. We opted to use an API Goal so that it can be triggered multiple times since a member’s payment might fail numerous times in the course of their time as a customer.

Inside the API Goal, the integration name will be your Infusionsoft Appname (don’t change) and the call name will be what you’ve placed in the [memb_add_creditcard] shortcode. Capitalization does matter here.

This is all using cascading or waterfall login. What we’re checking is to see if the user has the tag for that particular lesson/week.

If the user does already have the tag that gets applied in Week1/Lesson 1 then we move to the next decision diamond. That diamond will check if the user has the Week2/Lesson 2 tag.

When a decision diamond determines the user doesn’t have the tag for that week, it will move them from the top part of the campaign back into the bottom part, the original sequences, so they can continue in the drip as they were before their payment failed.

Let’s say a user has already gone through Week 1 and Week 2, but their payment failed just before they were going to enter Week 3. This pulled them to the end of the campaign removing them from the rest of the drip.

The user then updated their payment details which triggers the campaign at our API Goal:

At this stage, they have reached the first decision diamond which is checking if they already have the tags that the Lesson 1 sequence will provide. In this case, they do since they were about to enter Lesson 3.

This moves them to the next decision diamond which checks if the member has the tag that the Lesson 2 sequence would provide. In this case, they already have it since they were about to enter Lesson 3.

They reach the next decision diamond which looks at the user record to see if they have the tag for Lesson 3. The member does not have this tag since they had never reached this stage before.

The decision diamond them moves the user from the top sequence back into the bottom part of the campaign where they would have been had their payment not failed:

In our example, we only have 3 lessons and it was all based on an evergreen drip. However, you can implement this same logic on an unlimited number of lessons/sequences and in other types of drips, too.

If you’re facing a technical issue with Memberium, reach out to our support team by clicking here.

Need Help With This? Get Help Instantly
PrevPrevious Post
Next PostNext 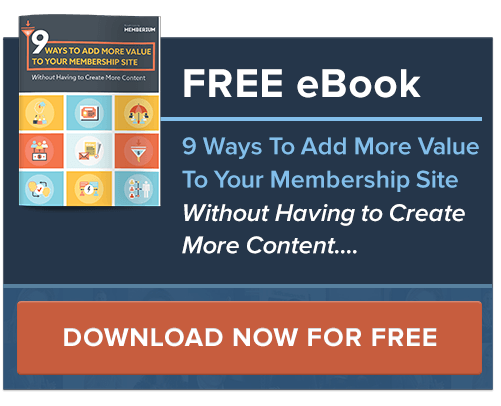 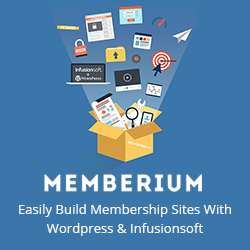 Episode 8: The power of digital badges and client engagement with Mike Weiss – Part 4

The fourth part of our interview with Mike Weiss from ClientEngagementAcademy.com where he shares how he gets such high completion and renewal rates, plus why 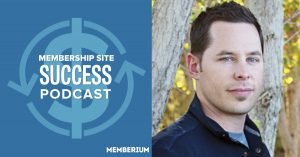 On today’s episode, Kyle Leavitt will be joining us. We discuss building a startup and what it takes to build one from the ground up. Kyle shares his advice on improving customer retention, increasing customer loyalty and the importance of core values in a business.

Kyle Leavitt is the recent co-founder of LoyalStream. He had also co-founded CustomerHub, which he sold to Infusionsoft, where he became a key leader who helped grow the company from $1M to $100M+ in annual recurring revenue.

Kyle joined Infusionsoft in 2005 then started talking to entrepreneurs every day on the phone and selling Infusionsoft to them. He left Infusionsoft in 2008 and started a software business with his brother and business partner called CustomerHub, which he then sold back to Infusionsoft and joined the product team where he served as Director of Product Management and later VP of Product. 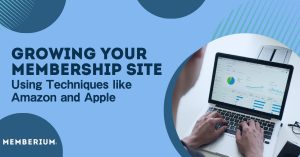 Growing Your Membership Site Using Techniques like Amazon and Apple

Learn how you can use the same techniques as Amazon and Apple to grow your membership site. Covered is introductory offers, product bundling, one-click upsells, and more. 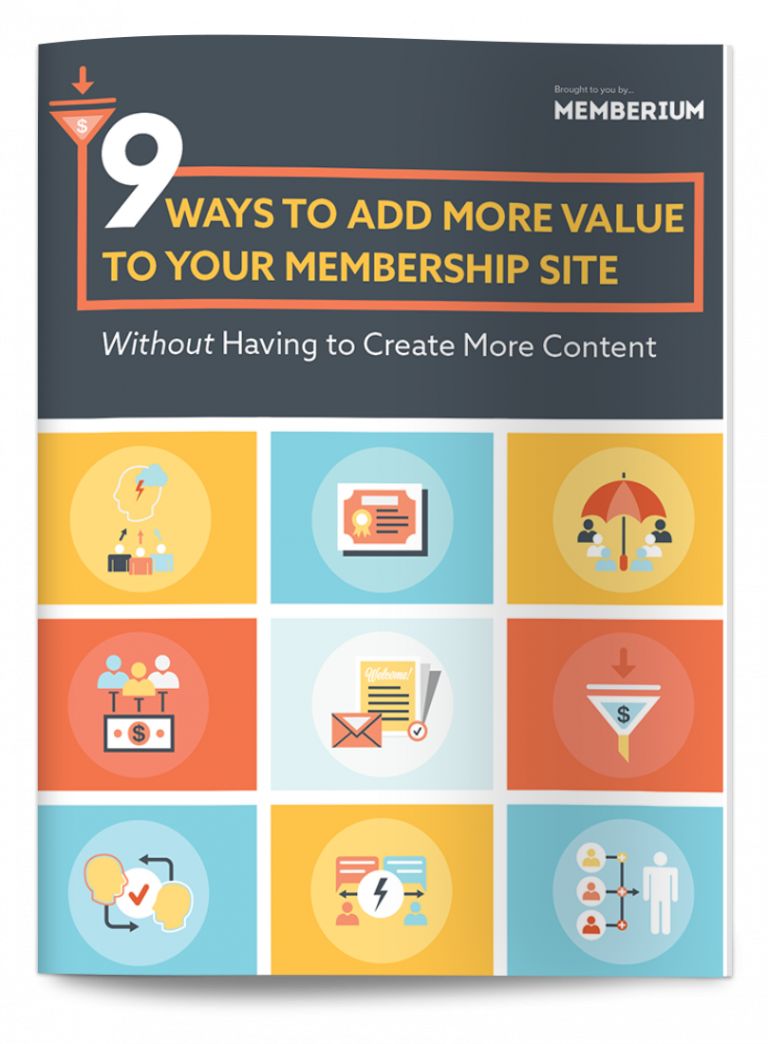